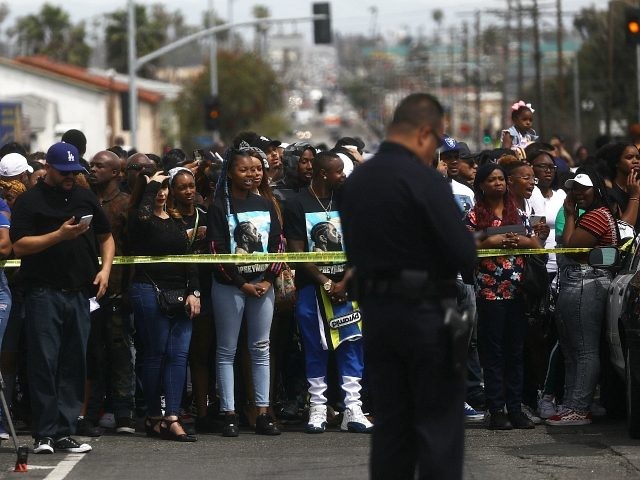 One person was killed and many more injured Thursday when someone opened fire at participants in the funeral procession for murdered rapper Nipsey Hussle.

Suspects in a grey Honda opened fire on the crowd, law enforcement said. Police have not yet revealed the names of the victims nor reported on any possible suspects in the shooting.

“We must stop this senseless violence,” Los Angeles Police Department Chief Michael Moore said in a statement, according to The Hill.

Nipsey Hussle was murdered on March 31, gunned down while standing outside his Los Angeles clothing store. He was 33.

Hussle’s death also sparked a peace movement among Los Angeles gangs. Police identified a man named Eric Holder as a suspect in the shooting and arrested him only a few days after the shooting.

Several celebrities attended a memorial on Wednesday for the Victory Lap rapper, including music legend Stevie Wonder who used the memorial service as a platform to call for stiffer gun control laws.

Other celebrities also spoke out on the rapper’s murder. L.A. Lakers star LeBron James, for instance, insisted that Hussle’s murder was “one of the most unfortunate events” in American history. And former President Barack Obama praised Hussle because “He saw hope. He saw a community that, even through its flaws, taught him to always keep going.”